Roscoe Filburn was an Ohio farmer who was growing wheat on a 12 acre parcel of his farm. He was not selling the wheat; he was growing it on his own land for personal consumption--for baking bread for his family and for feeding his chickens.

The federal government told Filburn to stop growing wheat, claiming that he was producing wheat in excess of the amount permitted under the Agricultural Adjustment Act of 1938. A previous version of the AAA had been ruled unconstitutional by a prior Supreme Court. However, emboldened by turnover in the Court beginning in 1938 that permitted FDR to handpick successors, the FDR administration was at it again.

Filburn sued, claiming that the federal government could not control what he did on his own land. The Commerce Clause granted the government no power in this case, Filburn argued, because no commercial and no interstate activity was taking place.

Incredibly (or perhaps not given that these were FDR's judges), the Supreme Court ruled against Filburn. The court ruled that if farmers were allowed to grow any amount of wheat that they wanted, then their actions in aggregate would affect wheat prices which would, in turn, affect interstate commerce.

Such an interpretation, of course, implies that government could extend regulatory power to no end. Which is precisely what has occured since. Parenthetically, the real issue here is the AAA's power to fix prices, which is totally outside the boundaries of the Constitution and of natural law.

The recently passed healthcare law is grounded on such a broad interpretation of the Commerce Clause. As this case will shortly be before the high court, the issue is whether the judges return to first principles of natural law.

If not, then our system careens farther off the rails.
Posted by fordmw at 2:18 PM

Supreme Court Justices have to be approved by Congress, so of course they are not simply Presidential Appointments. And since they are appointed for life, they are not beholden to any politician.

If Congress has dominant ideology similar to president, then court really gets packed (fixed). See FDR 1937-1942.

President nominates them. Congress confirms or denies them.

It makes no sense to say that a SC judge who never has to be reviewed or reappointed would have to kowtow to a president or political party. I'm sure there is evidence that supports my POV. One example - Burger was nominated by Nixon.

In any case, this is an example of why presidential elections are so important. In many ways the long term effects are felt through the Supreme Court.

That's just the reality of our system.

Another example -- John Paul Stevens was nominated by Ford. Turned out to side with the liberals most of the time.

SC doesn't always "fall in line" with the President who nominated him.

It certainly does make sense. It's called payback/reciprocity. Evidence in support of consistent ideology in judge/president dyad overwhelms cases in other direction.

A legal system that facilitates dominant political ideology to infiltrate courts is destined for a positivist end grounded in discretionary rule. Rule of men rather than rule of law.

But what would make a Supreme beholden to a party? There's nothing that can be done if s/he "misbehaves."

Maybe confusing a philosophy/world view with the idea of political favor? For example, why would a liberal nominate a judge who wants to overturn Roe V Wade?

Administrations have frequently sought to socially sanction courts for decisions deemed undesirable. Obama tried the public scorn angle a couple yrs back at State of Union I believe.

Social sanctions seek at very least to make it uncomfortable for judges to continue non-compliant behavior. It might sway judge decision in future. Not unlike coach complaining about ref call betting that future ref behavior will be influenced. 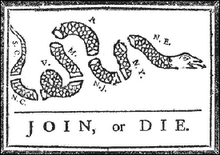 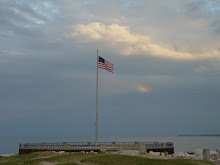